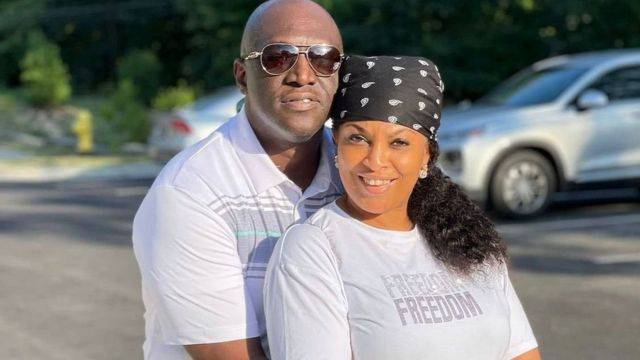 Popular gospel artiste, Sammie Okposo, on Tuesday tendered a public apology to his wife, Ozioma, and his fans after he confessed to cheating on his wife. The Wellu Wellu master, as he is fondly called, took to his Instagram account to reveal that when he travelled to the United States, he was involved in an intimate relationship with another woman.

The music star penned an apology to his wife, family and spiritual fathers on his verified Instagram page on Tuesday morning and thereafter set the page to private.

“I need to bring a very unfortunate incident to your attention as I am not proud of it but that this is the right thing to do. On my recent trip to the USA (Late 2021) I got intimately involved with a lady, knowing that this was not appropriate as a married man and a minister of the gospel,” he wrote.

“I am ashamed and regret my actions as it has caused a lot of pain to my dear wife Ozioma, my family, and me. As I work in making peace with God, repenting and asking for His forgiveness.”

The apology came barely 24 hours after an American-based woman, identified as African Doll, accused the singer of impregnating her. The woman on Monday called out the singer, saying she didn’t require him to bow to her but turning his back on her is wrong. She said:

”We both know that we didn’t use protection. We both know that we were wrong. There is still a way to handle things. He didn’t handle it right. I am not saying he has to bow to me but there is a way you do things. Turning your back on me is wrong. Any woman on earth won’t feel okay about it. It doesn’t feel good to be abandoned or to be thrown to the side. I cannot be walking around thinking about it, life goes on,” she told Obodo Oyinbo TV.

On the plans she has for the pregnancy, African Doll said, “I will keep the baby, I don’t really believe in abortion. Fornication is a sin. The bible says he who is without sin should cast the first stone. It is not my intention to hurt anybody but to bring life to the situation.”