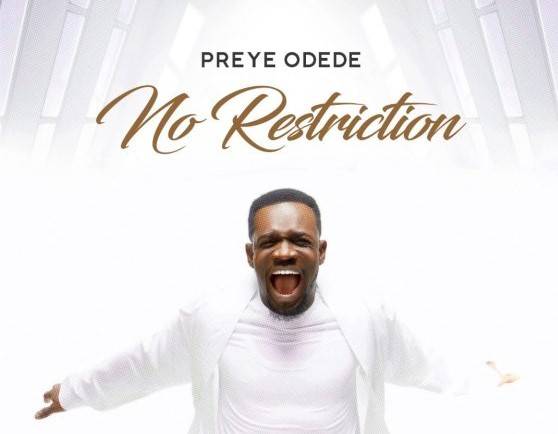 Popular Nigerian gospel artist Preye Odede has just released a new album titled “No Restriction“. The New Release comes as his third album release since his debut album “Ready” which was released in 2017. Popular for his hit song “Ebezina” the music minister has continued to bless the lives of many.

It features songs that create an atmosphere for prayer, worship, and praise; it is a compilation of professionally produced music pieces that inspires every listener to understand God’s unfeigned love and mercy towards us, thereby bridging the gap (giving us access to Him) through Jesus.